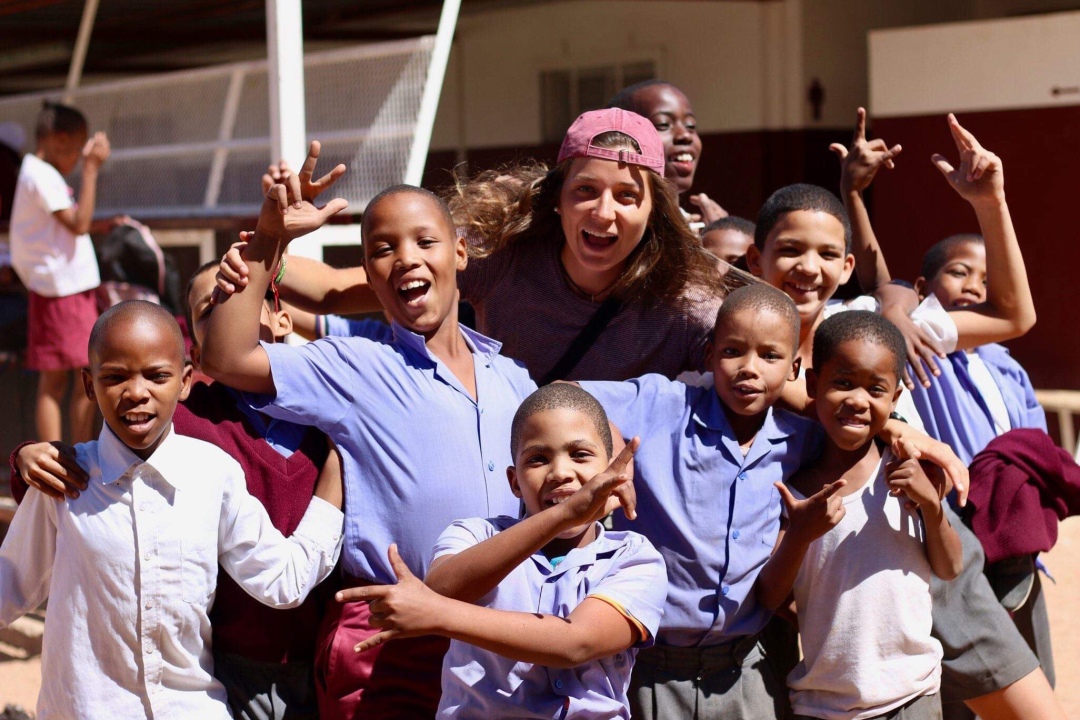 My first month in Namibia

although the heat and the distance, Windhoek organises every year an event called Octoberfest, very similar to the one in Munchen. This is where and how I spent my last weekend.. drinking beer, huhu don’t worry I’m just kidding.

We went with 16 volunteers ( from Ehnana, Swakop, Windhoek and that stuff) to the Octoberfest to listen to some german music, dance some folks music and meet some German-speaking people. It has been a nice weekend.

From Monday to Friday I went to school in the morning, where I started giving some marks to the students.

It was amazing for me to see how happy and enthusiastic the girls were by doing the simple exercises I asked them to do.

I brought my little box music and put the famous song Roxanne from the Police. It was interesting to see that no one of them knew that song. I asked them to do a burpees every time they heard the name Roxanne. They really LOVED this exercises and so I decided to give them a marks for how many burpees they were able to do in 30 seconds. I must say they did a good job.

At the end of every lesson we usually play a game ( “Who is scared of the lion” or “On the river, on the mountain”) or with the older girls, I use to put some music and we dance together. We really enjoy these moments all together.

This Friday, the first november, I went on a farm which my former volunteer recomended to me.

I think it was one of the most romantic ( I mean french romantic like de Lamartine, Hugo, the importance of nature and that stuff..) weekend in my whole life.

I helped them with all their animals, goats, cattles, lambs, horses, dogs, a baby zebra and lots of other one which I can’t remember now.

The farm belongs to a very nice young couple, Anra and Friedrich, which loves animals but in a paradoxal way also hunting and eating meat.

I fed with Anra the horses, the lambs and the baby cows three times a day, which was exciting at the first two times but which became quite hard when my bell rang at 7 a.m. ( I’m definitely a long sleeper, if you know what I mean)

In the evening I went horse riding. The first time Anra gave me a very calm horse. The day after she told me that she was going to give me an Arabian horse, which was a little crazy but fast and with a nice behaviour.

We galloped through the African country, during the ‘golden hour’, the warm wind was blowing in our hairs, you could just listen to the sound of silence, it was magic, it was more than a feeling.

And suddenly it happened,

I was sitting on an Arabian horse, somewhere in the heart of Africa, seeing a silhouette of a cheetah at the most beautiful sunset I have never saw,

I may die happy now.

I’ll write as soon as possible,